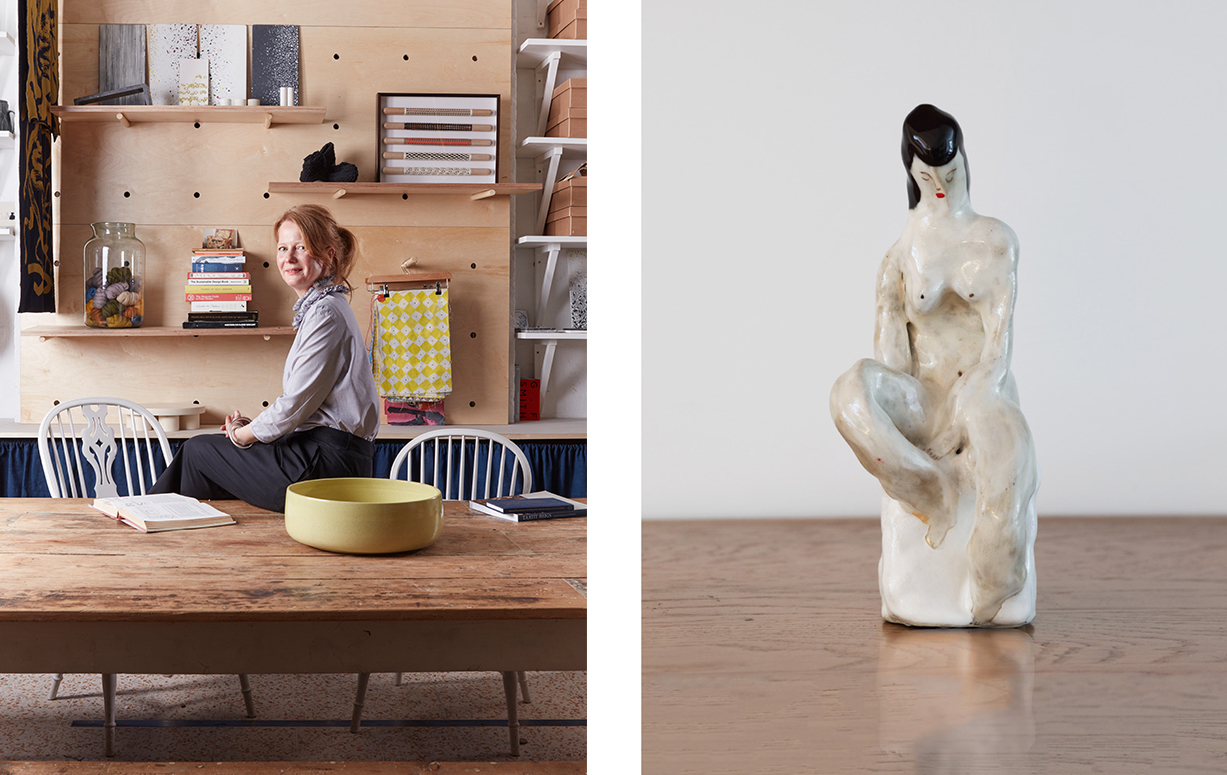 Interview: TEN MINUTES WITH CATHERINE LOCK OF THE NEW CRAFTSMEN

A Laura Carlin ceramic. Particularly one of her figurines or animals.

2.    Outside of your family who has had the biggest impact on you?

My mother’s childhood friend, the cookery writer Katie Stewart. She had the most extraordinary, natural sense of style and was way ahead of her time in this. I was very young when she started to introduce me to the beauty of useful items such as a plain, english bowl, perfect for kneading dough or a kitchen table polished over the years through use. We spent many years enthusing over such pieces. She would be such a supporter of what I have gone on to do and I hope she would recognise the influence she had were she here to see.

3.    Which song on your iPod makes you feel like you can take on the world?

When the sun is shining a song I love to fill my house with is Vivaldi’s joyous motet “Nulla in Mundo Pax Sincera”. I think human being’s first method of communication was song and you only need to listen to this song to understand what music does for the soul.

4.    When was the last time your heart skipped a beat?

Twice a day in Japan (generally) but more specifically twice in one day when I visited Teshima Art Museum by artist Rei Naito and architect Ryue Nishizawa, then Claude Monet’s Waterlillies housed in Tadao Ando’s Chichu Art Museum on Naoshima. I would have to be a poet to explain the effect they both had on me. They certainly reduced me to tears.

The human condition of craft

A female explorer/film maker/anthropologist. Or is that a next step?

I would dig deep down into my most resourceful and creative self to find ways of living a life of the greatest possible self sufficiency …Hopefully with a group of friends and experts. So probably a bus ticket to wherever that place may be. Our currency would be cabbages for hair cuts and so on.

8.    What is the most treasured object in your own home?

My piano. I gave it away already and realised it was my most treasured possession.

9.    Which book or film was a game changer in your way of thinking?

Jilly Cooper’s Riders was pretty educational to a girl on the cusp of puberty.

10. Where’s your favourite place of calm to gather your thoughts?

Really any quiet place with a big window, natural light and a view over green.